Contact Careers
PHD Media Worldwide > News > Journey into the future of the metaverse: thoughts from the UK and APAC

Journey into the future of the metaverse: thoughts from the UK and APAC Metaverse is the most hyped space in marketing right now, but what is it and why are we all talking about it? In this overview, PHD Worldwide CMO Chris Stephenson spoke to Phil Rowley, Head of Futures at OMG, Imogen Bourke, PHD Hong Kong Head of Strategy, and Gonzalo Gregori, PHD China Strategy Lead, to find out.

Phil Rowley heads up a specialist business unit dedicated to mid to long-term planning and future technologies at OMG. Rowley explains the progress of the metaverse and how best to define it.

“If you think back to the 2000s and how traditional media like pictures, videos, music, and text became digitised on the internet, well in the 2020s, all those things became virtualised,” he says.

“People talk about the metaverse as if it’s internalised worlds, but the reality is it’s more than that. It’s the digital layers over the real world too, and so AR is very much the forgotten half of the metaverse because it stitches together the physical and the digital.”

Imogen Bourke from PHD Hong Kong believes this definition is helpful to prevent the metaverse from being seen as the preserve of gamers.

“I have already encountered the metaverse out and about in my world, like amazing 3D billboards in Hong Kong,” she adds. “These layers surround you and are quite organic, and for the non-gamers among us, they may be our first casual encounters with the metaverse. We’ve stepped into it and possibly not even realised.”

—
“Ultimately, I like to think of the metaverse as a virtualised, dimensionalised internet that exists within computers, but also laid over the real world outside.”
Phil Rowley, Head of Futures, OMG
—

Indeed, never was there a starker divide and a better demonstration of both hearts of the metaverse than what Meta and Mark Zuckerberg are doing with internalised VR and AR-style worlds versus what Apple and Tim Cook are doing with layered integrated digital worlds through AR. It’s the ultimate battleground.

But what about developments in the East? China is famously known for its advanced digital media ecosystem, yet as Gonzalo Gregori of PHD China explains, they may not be much further ahead when it comes to the metaverse.

“China is not pro-crypto, meaning a lot of the interaction and exchange going on in regards to the metaverse, many Chinese citizens may not be able to participate in,” he says. “And I think we suffer from the same disease as everybody else, in that there’s been no common understanding of the metaverse up to now.”

The same can be said for gaming, where the metaverse and gaming relationship can be a confused one. Some view gaming as a route into the metaverse, and others make a distinction between the two. According to Phil Rowley, however, gaming gave birth to the metaverse: “We often say that gaming is the caterpillar and metaverse is the butterfly,” he says.

But this is still a confusing space for clients, he adds, and they often characterise it as a synecdoche – mixing up one iteration for the entire entity. For example, using NFT as a synecdoche for all of the metaverse. It is the job of marketers, therefore, he notes, to re-educate their clients and colleagues.

Defining a culture of curiosity

The appetite for the metaverse is invariably linked to culture, of course, and as Bourke explains, in Hong Kong, NFTs hold a great deal of cultural currency.

“We love to own things; we love limited editions,” she says. “So perhaps it’s unsurprising that in such a wealthy city, a financial hub no less, as in Hong Kong, people understand what an NFT is. In Australia and New Zealand, while there’s certainly an appetite, there’s not as much conversation leading from an NFT.”

These ties to culture can play out in virtual worlds, too. Attending fashion week in different cities via the metaverse will soon be a possibility, for example, but not everyone is convinced this will work. Bourke confesses: “I love the idea of fashion week, and I can see a future where cultural events like this take place, but at the moment, I think it sounds a bit clunky and will lack the magic of the real thing.”

Rowley agrees: “While it’s an exciting premise, I wouldn’t go to the fashion show because I would never go to a fashion show in the real world. It’s not a passion point for me.”

“Film is a different story though,” he adds. “I recently watched the film Inception inside the phenomenally successful game Fortnite. So that’s a film about a dream in a dream, and a dream on a screen in a game on a screen.”

—
“Curiosity to me is the defining way.” Imogen Bourke, Head of Strategy, PHD Hong Kong
—

Keeping the eyes on the prize

With an infinite amount of space on offer, then, attention matters. The concern for marketers, therefore, is how to get attention from communities in relevant, credible, and authentic ways in these new spaces. So, what are the best tactics?

It all comes back to context, Bourke explains: “Finding that moment where you have permissibility to show up, even adding value, is so important,” she mentions. “It is the difference between being clunky and interruptive of an experience versus enhancing or easing it.”

Gregori wholeheartedly agrees: “It’s all about the gaming engines creating those spaces where you can roam freely. It’s about having the spatial environments and the spatial sound to create something like real life but where you can have ownership of what you do and where you go.

“It’s about building something where consumers can own part of the conversation instead of a one-sided push from advertisers.” 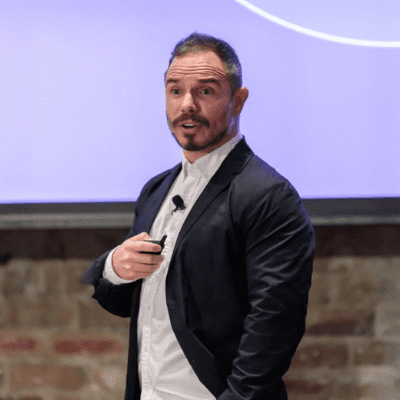 “If you’re going to crash the Web3 party, you’ve got to be brilliant”: PHD’s Chris Stephenson In this exclusive interview with PHD, Les Binet, Group Head of Effectiveness at adam&eveDDB and a leading researcher on...
May 16 2022 Read more
More news